Ochre is a group of contemporary painters whose members share a love of the art of iconography and its centuries-long history, regardless of whether that love is expressed though what is called the art of Byzantine painting, or through other styles of painting.

The primary aim of the participants in this group is to enter into a creative dialogue with the visual and theological body of the art of iconography, with the ultimate goal of creating contemporary icons able to function within the sphere of Christian worship and to meet the needs of the faithful.

At the same time, since the members of this group believe that ecclesiastical art, like every aspect of the life of the Church, can be expressed in a multitude of ways, which, however, are connected by a shared logos, the members of Ochre maintain that the tradition of the art of iconography also affords a range of possibilities for the creation of paintings that are not necessarily restricted to ecclesiastical themes.

We feel that the best description of the goals and raison d’être.of Ochre is to be found in an emphasis on a rich variety of styles of painting, as this richness constitutes a manifestation of the uniqueness of each human person.

Through its activities, our group will seek to present its work to Greek and international audiences with a view to sparking dialogue on the past and future of the art of iconography.

As a tradition of the Church, the ancient art of iconography remains ever new

Resumes of the team members are following. 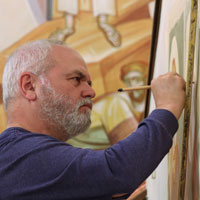 George Kordis studied the art of Icon painting with Fr. Symeon Symeou. Studied medieval painting techniques at the School o Fine arts of the Boston Museum of arts (1987-1989). Studied Theology at The Athens University (1975-1979) Phd in Theory and aesthetics of Byzantine panting (University of Athens, 1991). He taught Theology of Icons and practice of icon painting at the Athens University (2003-2013). Beautified many orthodox Churches in Greece and other Countries. Exhibited his paintings and icons in numerous exhibitions in Galleries and museums. 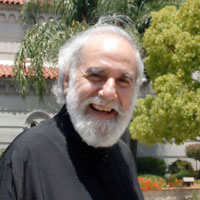 Father Stamatis Skliris was born in PIraeus in 1946. He studied Medicine (1971) and Theology (1976) at the University of Athens. There followed a course in Art and the History of Art in Paris and later in Belgrade. In 1986 he set up the Iconography Workshop at the Goulandris-Horn Foundation, Athens. He has participated in various group and one-man exhibitions (Zygos Gallery, Athens, Salon d Automn, and Salon des artists Francois, in Paris). As a painter Father Stamatis has evolved an individual style which derives from a combination of traditional and contemporary art. 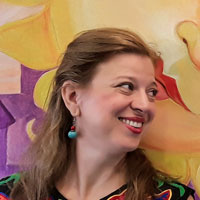 Dimitra Psychogiou was born in Chalkis, Greece and studied graphic art and design at Vakalo College in Athens. She has illustrated many books for children and written and illustrated three of her own: “The Sky Gardener”, “The Almond Tree & the Moon” and “Together”. Inspired by art teacher Giorgos Kordis to explore the magical world of colour, she draw on images and sensations gleaned from her childhood by the sea and the 13 years spent living and working in Crete. Now based in Athens, she teaches art and dressmaking at her studio, Stone-Scissors-Paper, where she also illustrates shoes with images inspired by fairytales.
She has an art shop near Acropolis, named Nadeenart shop. 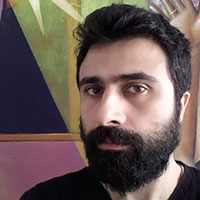 Kostas Lavdas was born in 1980. His teachers in painting were: Μ. Laouraki, D. Tzovaras, G. Laganis, G. Kordis and Chr. Kechagioglou. He has exhibited his work at 5 personal painting exhibitions and has taken part at many group shows. As an iconographer he has collaborated with: G. Kordis, D. Chatziapostolou, fr. St. Skliris, Ν. Stamatelos and Κ. Κonstantatos. Murals and portable icons painted by him can be found in private collections, churches and monasteries in Greece and abroad. He has illustrated childrens’ books. He also teaches iconography. 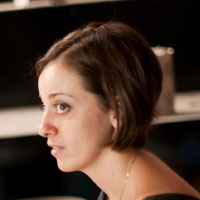 Maria Panou was born in Athens in 1979. She studied painting under Tasos Rigas at his Art Studio in Athens, as well as modern dance and classic Indian dance, at first in Greece and later on abroad (Duncan Conservatory, Prague, Czech Republic). Since 2016, Maria Panou has been studying Byzantine art under the artist George Kordis and since 2017 she has been working as a member of his team of icon painters, painting Orthodox Church temples both in Greece and abroad. 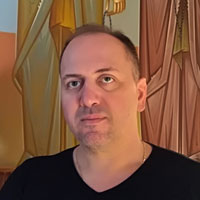 Konstantinos Kougioumtzis was born in Drama. He is currently working as a Saint artist, painting on churches while making separate paintings as a shadow theater performer/artist. He was a long time student of the artist George Kordis. At the same time, a highlight of his career, was a collaboration with the great shadow theater performer Evgenios Spatharis. He was teaching byzantine art at “Kentro Neotitas” of the Drama township and at the workshop of European and Byzantine art that the TEI of Kavala created (2008-2011).While he was teaching art at the school of Byzantine arts (Saint art department) of holy mitropolis of Fillipous Neapolis and Thasos. His work exists in holy places (churches) and private art collections. .He has done exhibitions with his work over 15 times, both with shadow theater and art related topics. 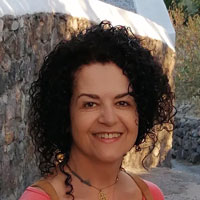 Christina Papatheou- Douligeri studied in the faculty of History and Archaeology, of the School of Philosophy at the University of Athens, GR. Starting from her very first university years, she has attended various classes and seminars of byzantine iconography. Her encounter with G. Kordis played a determining role in her learning journey. Christina attended the classes and workshops at his art center “Eikonourgia” for many years. Since then, she is systematically working as an iconographer of portable Byzantine icons for private customers and churches in Greece and abroad. She has illustrated a variety of books, mainly children’s, for several publishing houses such as “Akritas”, “Armos”, “Apostoliki Diakonia”, “Stamoulis Pablications ”, “Athos” for children, “En plo” and others. She has participated in group art exhibitions in Athens both with contemporary iconography works and traditional Byzantine icons. 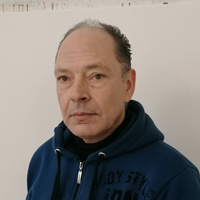 Born in Athens in 1968, the painter Nektarios Mamais studied Theology at NKUA. He holds a Master’s degree in Iconography and a Ph.D. of NKUA. In illustration, he studied at the “Iconography” workshop with G. Kordis as his professor. He is a graduate of ASFA. He teaches seminar courses at the “Laboratory of Illustrated Art” of NKUA and at the “METS” Art Center. At the same time he works as a teacher at the Leontios School of Nea Smyrni. He is a member of the Chamber of Fine Arts of Greece and the Panhellenic Association of Hagiographers. He has participated in numerous group exhibitions, while he has created portable icons for sacred temples and individuals. 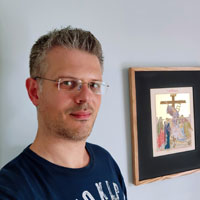 Giannoulis Liberopoulos was born in Athens, he studied at the Faculty of Theology of the University of Athens. He holds a Master’s Degree in Iconography, and he is also a Doctoral Candidate of University of Cyprus in Christian Art.
He systematically works on the depiction of portable icons, Holy Temples, Liturgical, and children’s books. He has taken part in group exhibitions of iconography. His works, apart from iconography, based on the Byzantine style, are found in private collections.
At the same time, he has a multiannual teaching activity in theory and practice of iconography, at the University of Athens, the METS Arts Center, a Vocational Training Institute, in private workshops and in hagiography schools of the Church. 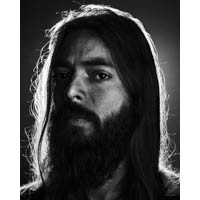 Fotis Varthis was born in 1983 in Athens and originates from Corfu. He studied at Athens School of Fine Arts from 2009 to 2015 where he graduated from the field of engraving. He constantly studies the art of Byzantine drawing and painting. He has published two books of his works (The Sword of Dawn, Women Who Return) and has collaborated with authors and musicians as he is fascinated by the conversation of the arts. He has participated in lectures, seminars, symposium on engraving and Byzantine art and his works have been selected to participate in national and European programs. He has presented his artworks in several solo and group exhibitions. 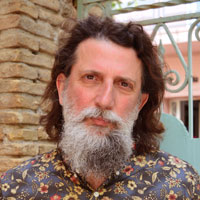 Babis Pilarinos was born in Zakynthos in 1966. He studied Physics at the University of Patras. He is a landscape painter and a holy icon painter. He paints portable icons and mural paintings in churches, he creates outdoor painting installations and he also illustrates books. He is an instructor of Byzantine painting in Athens, in Paris and via online courses. He usually exhibits his artwork (paintings) every two years in the centre of Athens in his atelier, in Paris (Gallerie Rivoly 59, Gallerie Desmos and Melkart Gallery) and in the summer, on the island of Zakynthos, his home-island, he prefers single evening exhibitions in unpopular outdoor places of historical or natural interest.